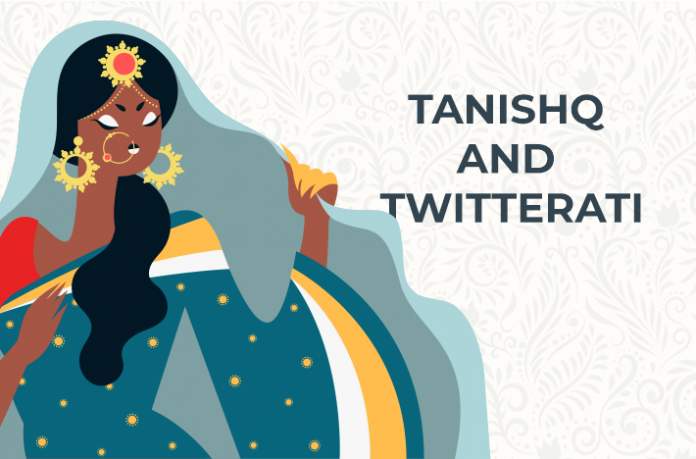 A wise man once said, “Great intentions become tragic actions when delivered without careful thought.” That’s exactly what happened with Tata Group’s jewelry brand Tanishq. Aiming to promote inter-religious harmony, the jewelry brand launched it’s ‘Ekatvam’ (Hindi word for unity) campaign on the 9th of October featuring a pregnant Hindu bride and her Muslim mother-in-law. The 43 second ad involved the mother-in-law surprising her daughter-in-law with a baby shower, even though that custom is not a part of their culture. A heartfelt message, but what the brand failed to take into consideration was that digital agencies across India have already tried to promote similar themes, but found it quite challenging. Remember the ads by Red Label and Surf Excel?

It’s not surprising that this time too the online trolls conjured up a new angle to base their smear campaign on. They got the hashtag #BoycottTanishq to trend on Twitter the following weekend, accusing the ad of promoting ‘Love Jihad.’ ‘Love Jihad’ is a term coined by fundamentalist groups, referring to an alleged campaign to religiously convert naive girls in the guise of love. More than 17,000 users tweeted similar views which led to Tanishq’s social media agency taking down the ad from all it’s platforms and issuing a statement regarding the same.

This advert is wrong on many levels, Hindu bahu is living with the family for significant amount of time but acceptance happens only when she is carrying their heir. So what is she just a set of ovaries?This advert does not only promote love-jihad but also sexism #tanishq

Why are you showing a Hindu "daughter in law" to a muslim family and glorifying it?

Why dont you show a Muslim daughter in law in your ads with a Hindu family?

Twitter users on the opposite side of the backlash expressed concern over Tanishq’s decision to withdraw the ad. Some well known personalities on this side of the spectrum included Shashi Tharoor, Shobha De, and veteran ad film director Prahlad Kakkar. Mr. Kakkar dismissed the smear campaign as a politically funded agenda to divide the people amongst religious lines. He added that the political trolls don’t represent the actual population.

Good for you @TanishqJewelry . If only we had more ads like this sensitive and brilliant one promoting love between different communities, India would be a far better place for all. Shame on trolls. #downwithbigotry

Those boycotting the Tanishq ad don't like seeing daughter in law(s) happy around mother in law's. You have seen too many soaps & too much prime times news.

This ad is beautiful. Opposite of what it's being accused of, it actually shows accepting cultures. #Tanishq shouldn't have to bow down to nonsense. Disgusting.@TanishqJewelry https://t.co/h8iX6JefIg

However, it wouldn’t be correct to attribute the entirety of the outrage to political trolling. There is a legitimate population that genuinely believes media agencies purposely show one religion in a better light over the other. Are these people right or wrong? You decide.